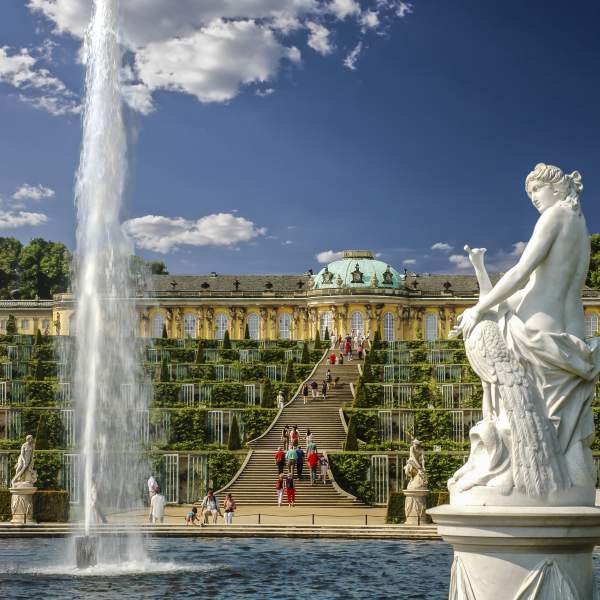 Would you like to take a comfortable city tour by bus or by boat in Potsdam as well as discover and experience the former Prussian residence city and today's Brandenburg state capital without stress? Then the hop-on hop-off city tour Best of Potsdam Tour by City Circle is the right choice for you. On our Potsdam sightseeing tour you can explore all the highlights and remain completely flexible thanks to hop-on hop-off.With our 2 in 1 offer Best of Potsdam City Tour + Boat Tour you will additionally discover Potsdam's sights and castles from the water side.

The sightseeing experience
with our Potsdam City Tour

Our Potsdam City Tour is ideal for all sightseeing purposes. Do you want to know the state capital with a sightseeing tour in Potsdam? Then remain comfortably sitting on our Potsdam Bus Tour. Would you like to decide yourself where to get in and out and remain completely flexible? Then this is perfectly possible on our Hop-on Hop-off Tour Potsdam. You would like to discover the magnificent palaces of Potsdam also from the water side? Then choose our 2 in 1 offer Best of Potsdam + Ship. First take the city tour bus through historic Potsdam and then start your 90-minute palace tour by boat.


The highlights of Potsdam

With the Best of Potsdam Tour by City Circle, the best city tour in Potsdam, you stay close to the highlights of the capital of Brandenburg. Whether the Alter Markt with Nikolaikirche and Museum Barberini or the Dutch Quarter and Colony Alexandrowka, or the new state building with the Baroque facade of the former city palace or Sanssouci Palace and Park - the yellow buses serve a total of 16 stops on our hop-on hop-off route, all of which are in close proximity to Potsdam's most important attractions and monuments.
Read more...

Potsdam - City of palaces and gardens

During your city tour you can also get to know the city of Potsdam as an impressive city of palaces with lush park landscapes and pay a visit to Sanssouci Palace, Cecilienhof Palace, the New Palace, the Orangery Palace, the New Chambers or Charlottenhof Palace. Our hop-on hop-off tour Potsdam makes it possible.

Your individual city tour in Potsdam: getting in and out whenever you want

All bus stops on the hop-on hop-off route are served every 60 minutes. So you can freely decide when, where and how often you start interrupt and resume your sightseeing tour in Potsdam.

Your city tour Potsdam with City Circle Sightseeing: We show you the city

But before you get on the comfortable sightseeing bus and go on a city tour through Potsdam, you can find out about all the highlights at our hop-on hop-off bus stops under the menu item Route & Stops. You can expect extensive information about your Potsdam City Tour with many links to attractions, museums, shops, restaurants etc.

We look forward to showing you the city on our City Tour Potsdam.
On the Best of Potsdam Tour by City Circle there is always something to discover and experience, because the green city on the Havel has a lot to offer. As an extraordinary cultural city, attractive location for business and science and reservoir for modern media companies Potsdam is of great significance across national borders. Potsdam already celebrated its 1025th anniversary. 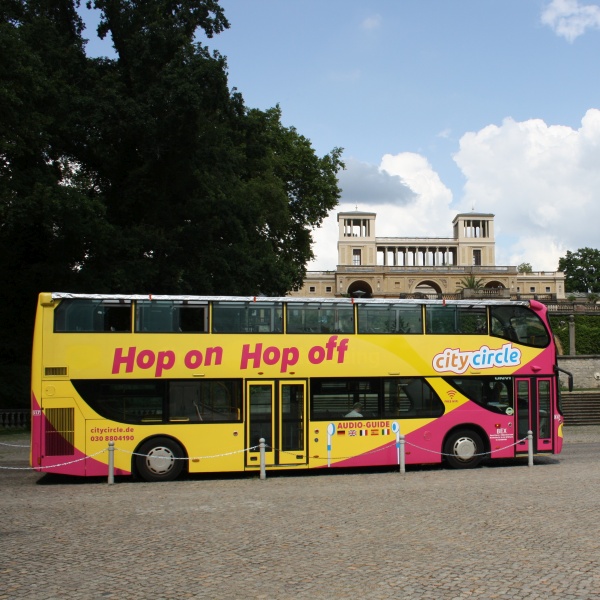 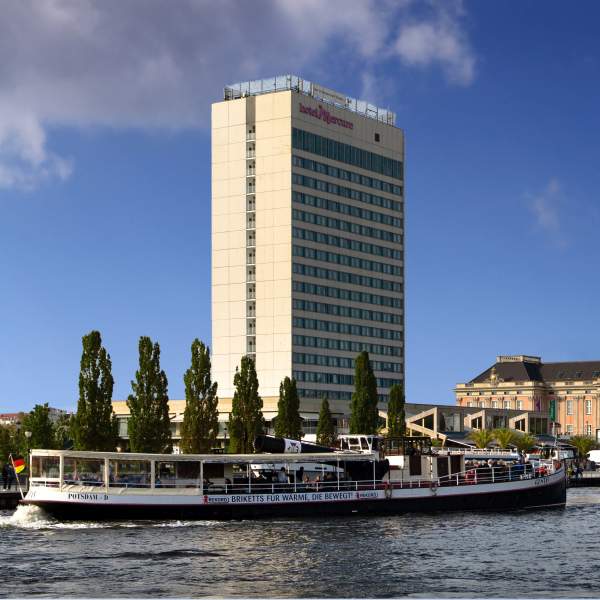